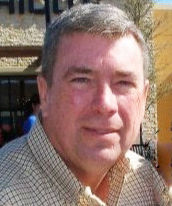 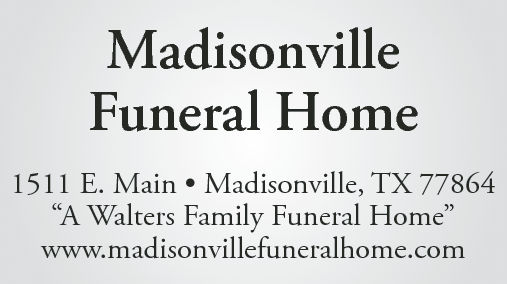 Jim Rigby loved four things more than anything in this world: his bride, his family, Jesus, and Texas Aggie Football.

James Franklin Rigby was born January 28th, 1955 in Houston, TX to Billy Noel, Sr. and Mary Evelyn Rigby. His mom said he was a good boy and smart from the beginning because he enjoyed riding in the car on the way home from the hospital. He spent his childhood traveling with his parents around the world as an Air Force family in Washington DC, Colorado, California, Japan and West Germany. In 1971, as a junior in high school, they moved "home" to Madisonville, TX and said he wasn't ever leaving- and he never did. In 1973, after being high school sweethearts, Jim picked Pam Jeter up from work one night and took her for a ride. After marrying that year, they've been on that ride together for 46 years. Over that time, Jim was blessed with 3 kids, 7 grandkids and a lot of love, laughter, sports, washing cars, and in the later part of his life, Jesus.

He is preceded in death by his parents, Billy Sr. and Mary Rigby. He is survived and will be missed by the love of his life and bride, Pam Rigby, his brother, Billy Rigby and his wife,Kim; children, LTC J.R. Rigby and Lisa; Anne Wilhite and Bryan, and Lara Patterson and John; and he was Big Daddy Jim, Big Da, and Biggie to his grandchildren Gracin, Hayden, and Kaylin Rigby, Brynnan, Bryce, and Brooks Wilhite, and Joni J Patterson.

Funeral services will be held 2 P.M., Saturday, December 7, 2019 at North Madison Church of Christ in Madisonville, Texas. A brief visitation will be held from 12 noon to service time at the church.

In lieu of flowers, the family request donations be made to the American Cancer Society or North Madison Church of Christ.

To plant a tree in memory of James Rigby as a living tribute, please visit Tribute Store.