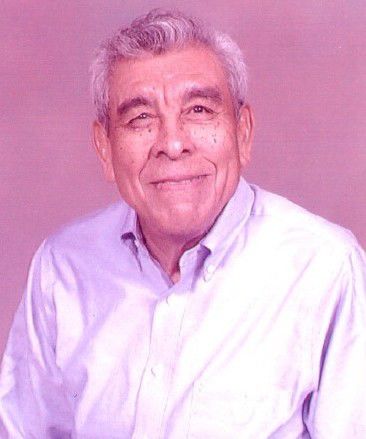 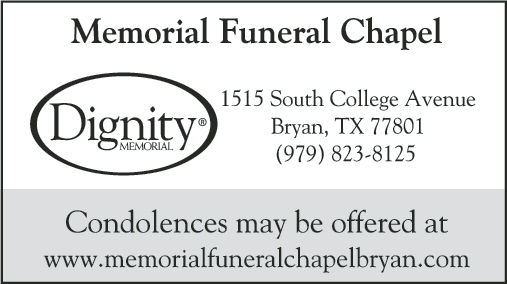 Mr. Daniel Ruiz, a WWII veteran and life-long resident of Bryan, TX passed on Friday, November 1, 2019 at the age of 93. He was surrounded by close family.

Mass of Christian Burial will be held at 11:00 am Wednesday, November 6 at Santa Teresa Catholic Church. Interment will follow at Rest-Ever Memorial Park Cemetery. Visitation will be from 6 - 9 pm with a rosary service at 7 pm Tuesday at Memorial Funeral Chapel in Bryan.

Daniel was a dedicated husband, father, and grandfather. He was also a devoted friend who could always be counted on to lend a helping hand or lift you up in prayer. He was passionate about baseball and served as a baseball coach at the LULAC for many years. He especially loved to watch his Fightin' Texas Aggies play. Daniel loved participating in social gatherings and often made new friends everywhere he went. He could often be found attending his grandchildren and great-grandchildren sporting events. And every Sunday Daniel was at mass, he lived to serve the Lord and was a true man of Faith.

The positive influence Daniel had throughout his life is reflected by the many accomplishments and accolades he received, including a Lifetime Achievement Award from the Hispanic Forum of Bryan, a Governor's Volunteer Service Award from Texas A&M University for his 40+ years of excellent service, and his multiple bronze star medals from his time in the United States Army. He was a lifelong member of the American Legion, Knights of Columbus, and the VFW. His proudest achievement was his grandchildren, whom he often visited, called, and had outings with - Daniel was the type of man who never let you hang up the phone without telling you that he loved you and that he was proud of you. He will be deeply missed by his family.

Daniel is preceded in death by his beloved wife, Juana; his parents, Esperanza and Tiburcio; his brothers, Felix, Luis, Amos, Joe, and Manuel; his sister, Emma; as well as his grandson, Aron Michael.

The family would like to thank the staff at Hospice Brazos Valley, as well as, Daniel's home caregivers, Hannia Lopez, Martha Carlos, Rita Garcia, Johnnie Harris, Irene Ruiz, and Mary Lopez for their selfless service and compassionate care that was provided in the last months of his life.

"Trust in the Lord with all your heart, and lean not onto your own understanding" Proverbs 3:5

Finally, in lieu of flowers, the family is requesting donations be made to the "Daniel Ruiz Scholarship Fund" via the Hispanic Forum. Donations can be mailed to P.O. Box 4690 Bryan, Texas 77805.