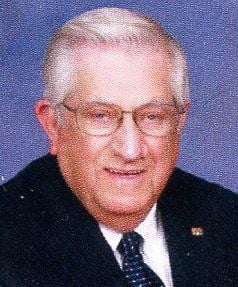 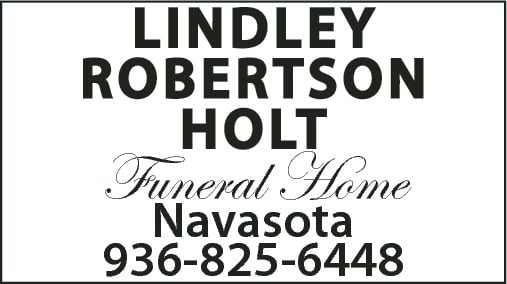 Louis Clinton Sandidge, 84, of Navasota died on Wednesday, June 24, 2020, at CHI St. Joseph's Health Regional Hospital in Bryan, with his loving wife, two daughters and son by his side.

Due to recent concerns surrounding the COVID-19 outbreak, calling hours limited to a gathering of 20 people or less will be held from 12:00 to 6:00 pm Monday, June 29, 2020, at Lindley-Robertson-Holt Funeral Home. The family will have a private Funeral Mass at Christ Our Light Catholic Church. The rite of committal will be in Oakland Cemetery. A public celebration in true Louis Sandidge style will take place and announced at a later date.

Louis was born in Huntsville, Texas, May 23, 1936, to Thomas and Mae (La Caze) Sandidge. At the age of two, his dear mother Mae passed away and the family moved to Beaumont, Texas where Louis was educated in Beaumont public schools and graduated from South Park High School in 1954. After attending Lamar College for 2 years, Louis enlisted in the United States Marine Corps in 1956.

Upon returning to Beaumont after his service in the Marines, Louis began his career at Gulf States Utilities. In 1960, Louis had the great fortune of meeting Carmelene Accardo who he married in Beaumont in October 29, 1961.

In 1976, he was promoted to a management position which resulted in the family moving to Madisonville, Texas. After only 3 years, Louis was again promoted to Regional Manager and moved the family to Navasota in 1980. Louis truly loved living in Navasota and dedicated himself to serving the community. An active member of the Grimes County Chamber of Commerce, Louis was named President of the Chamber in 1983 and again in 1985. In 1987, he was named Grimes County Chamber of Commerce Citizen of the Year. That same year, his company recognized Louis as the Gulf States Utilities Economic Developer of the Year.

Louis was a dedicated member of Christ Our Light Catholic Church in Navasota and served on the Parish Council board and was actively involved in volunteering and fundraising for the church. In addition, Louis was a proud member of the Knights of Columbus Navasota Council 9367.

In 1987 Louis was asked to serve as Director of Governmental Affairs for Gulf States/Entergy. He considered this role as the most fulfilling of his illustrious career. In 2002, after a 41-year career at Gulf States/Entergy, Louis retired.

He truly made a lasting impact on every life he encountered. Rumor has it that even Boudreaux and Thibodeaux were devastated by the news of Louis' passing.

Louis leaves behind the love of his life and his wife of 58 years, Carmelene Accardo Sandidge of Navasota; daughters, Shirlene Mahoney and husband Bob of Lufkin, and Elizabeth Sandidge of Nacogodoches; son, Clint Sandidge and wife Amy of Houston; three grandchildren, Maegan Mahoney Rich and husband Jonathon, Nathan Louis Sandidge, and Lillian Grace Sandidge. He is also survived by his two sisters, Marcelette Broussard and Gleta Haggard; and a brother, Thomas Sandidge and wife Beth along with numerous nieces, nephews, other relative and a great number of friends.

The Sandidge Family would like to express their deepest gratitude to the doctors, nurses and staff at CHI St. Joseph's in Bryan and Navasota for the kindness, compassion and dedicated care they provided to Louis during his last days.

In lieu of usual remembrances, the family has requested memorials in Louis's name to Christ Our Light Catholic Church, 510 Manley, Navasota, TX 77868 or a favorite charity.

God truly broke the mold when he created Louis Sandidge. He has fought the good fight… has finished the race… and his eyes are now fixed on Jesus. While our hearts are filled with sadness at the loss of this incredible man, we find comfort and joy knowing he is resting in peace with our loving God of grace and mercy. What an amazing life! You will be greatly missed but never forgotten.

You are invited to sign the guestbook and leave condolences for the family at lindleyrobertsonholt.com.

To plant a tree in memory of Louis Sandidge as a living tribute, please visit Tribute Store.
+2
Plant a tree
+2
+2