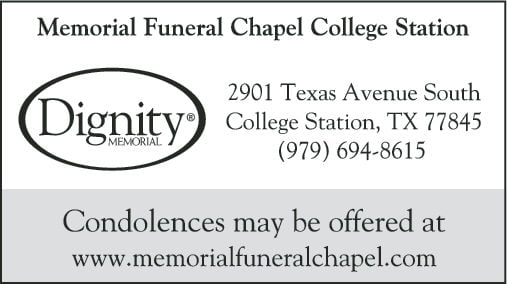 Dr. Ronald A. Schorn of College Station passed away on November 12 after a brief hospitalization.

Born in 1935 in Oak Park, Illinois, Dr. Schorn was raised in Oak Park and Chicago by a family of long-suffering Cubs fans, and was enormously pleased to live to see his team win the World Series in 2016.

After graduating from Loyola University in 1956 with an Honors degree in Physics (with minors in chemistry and math), he earned a Masters in Nuclear Physics, but his professional trajectory was altered in 1957 by the launch of the Soviet satellite Sputnik, which prompted the University of Illinois to create a new doctoral program in Astronomy and recruit him as one of its first students. After earning his doctorate, he was employed at the Jet Propulsion Laboratory in Pasadena, CA. where he worked on the Apollo missions, and spent a year in Washington D.C. as the first Head of the Planetary Division of NASA. While at NASA, he secured funding to build the 107-inch reflector (now the Harlan James Smith Telescope) at the University of Texas's McDonald Observatory in the Davis Mountains. In 1969, Dr. Schorn used the 82-inch telescope at the observatory to record the first visual evidence of water on Mars, using spectrographic analysis.

From JPL, he moved to Texas A&M University, where he taught astronomy and meteorology to thousands of students, many of whom attended observation nights, or "star parties" at his home near Wellborn. In the 1980's, he became technical editor of the popular astronomy journal Sky & Telescope where he covered, among other events, the advent of Supernova 1987A, the first naked-eye supernova since 1604. From editorial work he moved full-time to writing, authoring two books on the history of space exploration, Planetary Astronomy: From Ancient Times to the Third Millennium (TAMU Press) and Voyager's Grand Tour: To the Outer Plants and Beyond (Konecky).

In addition to his accomplishments in astronomy, Dr. Schorn was an avid traveler, historian and craftsman. He built a log cabin in the woods of Illinois, carved a traditional dugout canoe in Hawaii, and excelled at marksmanship with a muzzle-loading flintlock rifle. He was for many years a Revolutionary War re-enactor with the Menotomy Minutemen of Arlington, MA and served as President of the Arlington Historical Society. A voracious reader, he was the first scholar to correctly identify American-Canadian astronomer Simon Newcomb as the likely inspiration of the character of Professor James Moriarty in Sir Arthur Conan Doyle's Sherlock Holmes stories.

After returning to Texas in the 1990's, Dr. Schorn served on the Board of Trustees of the Brazos Valley National History Museum. He was a member of St. Thomas Aquanis Catholic Church. He was a lifelong member of the Polish National Alliance, and of the American Astronomical Association, where he helped fund the Historical Astronomy division.

Dr. Schorn is survived by his wife of 60 years, Marcia, whose wisdom, tolerance, compassion, sense of humor, and nursing expertise made his lifelong and rewarding, and by two additional generations of Schorns. His children are aerospace engineer Peter Schorn of Ohio, industrial engineer Ellen Schorn-DiSalvi of Fort Worth, attorney Paul Schorn of Washington D.C., certified public accountant Cathy Schorn of College Station, and author Susan Schorn of Austin who, as the youngest child, was delegated the task of writing his obituary. His six grandchildren are Whitman and William Schorn, Mark and Gracie DiSalvi, and David and Lillian Swearingen. His nephew, Joel Schorn, still resides in Chicago.

Dr. Schorn's children recall, mostly fondly, their father's devotion to huge Christmas trees. The snow dragon he built for them in Washington, the time he scheduled a new carpet installation in their California home and produced, the night before, an array of brightly colored juices, ketchups, and other permanently staining substances with which he let them decorate the old wall to wall.

They will miss his helpful advice, such as "If you don't take calculus, you'll never know how the world works" or more succinctly "Read a Book!" He knew a story about everything and it was always a good story, even if he told it too often. He correctly predicted the fall of Skylab 31 years early, in a section of his doctoral dissertation addressing the orbital physics of satellites. He was rarely wrong, and admitted error ever more rarely.

He loved dogs and (more recently) cats, a well-sharpened pencil and a good crossword puzzle, baking, gardening and clearing brush. He instilled in his family, his students, and his readers a love of science and a sense of respect for, and curiosity about the natural world. To his children he leaves a legacy of accuracy in all things, thriftiness as a competitive sport, and the intrinsic value of learning. His research expanded the range of human understanding, and his writing created a historical record of the men and women who likewise worked to reveal the mysteries of space. The world feels a little smaller without him but, as he would have reminded us, the universe is still expanding.

Funeral services will be held at 11:00 a.m. Saturday, November 17, at Memorial Funeral Chapel in College Station. Interment will follow at College Station Cemetery. Visitation will be from 5 – 7 p.m. Friday, with a rosary service at 7:00 p.m. at the funeral home.

To plant a tree in memory of Ronald Schorn as a living tribute, please visit Tribute Store.

So sorry for your loss!