We, the undersigned, are writing to convey both our strong support for our colleague, Tommy Curry, and our disappointment at the lack of support from Texas A&M University for a faculty member undergoing widespread vilification on social media, extending to death threats taken seriously enough by law enforcement to warrant police protection.

We work in many different philosophical traditions. Some of us endorse pacifism and non-violence, while others endorse violence in self-defense or as a means to end injustice. But all of us think that there are important debates to be had on the role of violence, and that these are well within the mission of the university.

In a radio interview that first appeared on YouTube on Dec. 27, 2012, and that recently has been highlighted by the website The American Conservative, our colleague Tommy Curry contributes to this debate. Among other points, he claims that our society often has imposed a double standard on discussions of violence, which often are deemed acceptable when they concern the founding figures of our nation and state but not when had by minorities in our present society.

The death threats he has received, and the anemic support he has been offered by the university, suggest to us, regardless of our individual views on the role of violence, that on the question of this double standard he clearly is correct.

We would like to emphasize two points in particular: The first is that nowhere in the interview does Tommy Curry incite violence. What he does do is discuss remarks made by the actor Jamie Foxx about his (Foxx's) role in the film Django Unchained and relate those remarks to the role that violence and armed struggle has played in the progress of black civil rights. Second, in pursuing this discussion Curry is not simply exercising his First Amendment rights as a private citizen, but also is doing the job for which he has been awarded tenure at Texas A&M University.

Tommy Curry's assigned role at Texas A&M is to teach and research in critical race theory, an area where he is an acknowledged expert. He has been encouraged to disseminate his ideas both within the academic world and more broadly. Curry's impact on the general, non-academic community has been recognized by the award of the Alain Locke Award from the Society for the Advancement of American Philosophy. The nominators and the award committee both specifically referenced Curry's ability to engage lay audiences on complex subjects via multiple platforms, including radio and the internet.

As an institution that supports the 1940 Statement of Principles on Academic Freedom and Tenure, Texas A&M University is committed to protecting Tommy Curry's academic freedom, and we urge the university to fulfil its obligations in the face of a vicious attack on the academic values that are fundamental to our faculty and to our students.

Support from Texas A&M faculty and students continued to mount for philosophy teacher Tommy Curry on Friday, two days after the university… 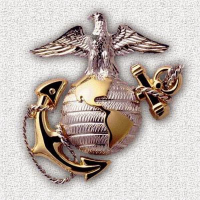 Academic freedom? First Amendment Rights? You have it, oh great protesters for the LEFT! What you don't have is acceptance of those statements. If you wear a pork chop on your head and you look like a fool, don't expect people to not tell you that you don't look like a fool. If you make comments about something and you represent your school, a conservative majority of that school should call you on it and let you know that they don't agree with you. THAT is not only academic AND freedom of speech but reality. As a professor, or other administrator of the University or even as a student, you REPRESENT your school. When you don't represent your school and others disagree, don't think that you can shut that dissent down by hiding, yes, HIDING behind that academic freedom. Sometimes, the best thing you can do is exercise your "academic" freedom and sit down.

Bravo, TAMU Philosophy colleagues. President Young's initial response was extremely disappointing, and did a real disservice to the tradition of academic freedom, and increased the risk to an honored TAMU faculty member. Let us hope President Young will issue a new and improved version soon.