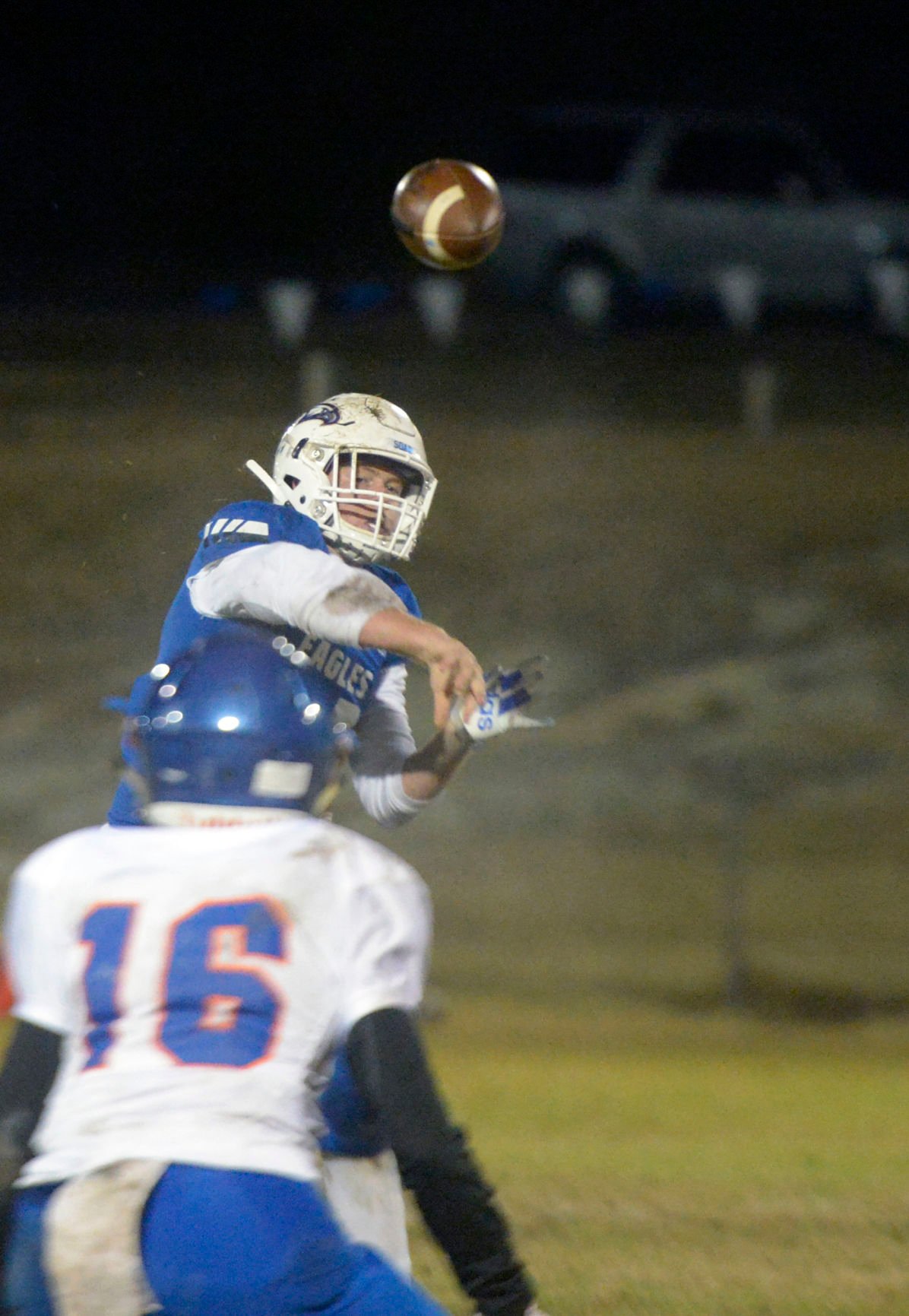 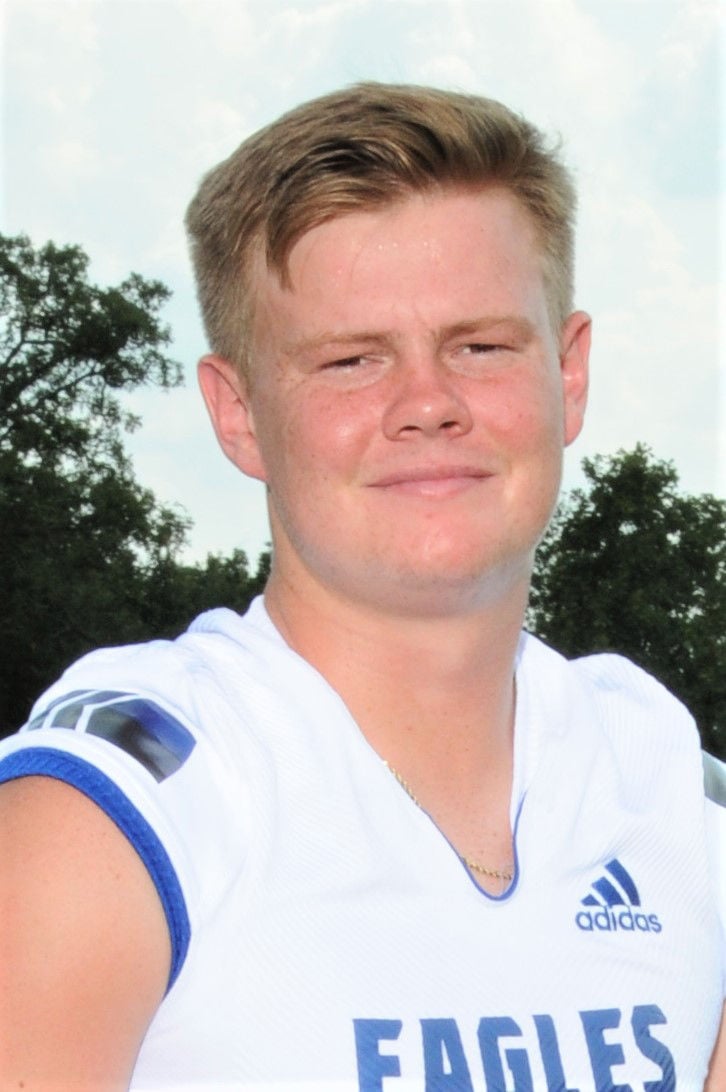 When Brazos Christian’s Bryce Steel is on the gridiron, he’s in his element.

If he sees a safety move up into the box before the play, he can easily get the ball to his receiver in the vacated area. If the cornerbacks don’t react to a pre-snap motion, he knows he’ll be able to find one of his receivers in a soft part of the zone coverage.

But some of the same qualities that aid him on the football field can make the classroom challenging.

With so much writing in his curriculum, especially with his senior paper and college essays, Steel spends an extended amount of time working on his assignments before he even puts pen to paper. He says his thoughts “jumble up” in his head, so instead of just writing, he roadmaps his essays, often with the help of older brothers Kyle and Ryan and elder sister Ashley. He has to put in that extra work because he’s dyslexic.

“The cool thing is they don’t write his papers for him,” Bryce’s father Scott Steel said. “That goes all the way back to seventh grade. They’re very good about helping with organization and how to gather his thoughts. That’s why sometimes it’s those longer nights. I think that’s what has prepared him the most [for college].”

Steel is well-adjusted — he was diagnosed in second grade — and has a strong support group in his family to fall back on, but dyslexia is something he deals with — and occasionally struggles with — on a daily basis.

When he was younger, he struggled reading and processing written words like most people with dyslexia. While the occasional flipped letter still happens, his dyslexia now mainly affects how he processes information being explained to him. He’s a visual learner and thrives when he can see the physical and spatial relationships of the concepts being taught, which puts him at a disadvantage in lecture-driven learning.

“Like on tests, the ways some questions are formed, I have to ask questions of the teachers of how they’ve worded it,” Steel said.

Added Scott Steel, “I think the biggest thing that’s helped him is that he knows when to ask questions now. Before, he maybe didn’t know he didn’t understand something. Now it’s like, ‘Oh, that didn’t sound right.’”

That’s helped him at quarterback, where communication with the head coach and working together to quickly diagnose and fix problems are vital. Steel’s strong sense of spatial awareness helps him understand how the defense is aligned and anticipate what it might do based on what he sees as well as the game situation.

“I really think the level of air raid we run is comparable to what a lot of colleges are doing,” Brazos Christian head football coach Ben Hoffmeier said. “We couldn’t do that without a quarterback that’s able to grasp a lot of information quickly. When [Steel] is directing traffic ... that’s really when we’re at our best. Bryce’s strengths in spatial memory and understanding football concepts make it where it’s really easy to coach him.”

The Eagles produced stellar results with the fourth-year starter at the helm as they averaged 38 points per game this season and reached the TAPPS Division IV state quarterfinals. Steel threw for 3,685 yards, completing 239 of 359 passes (66.7%) with 48 touchdowns and 11 interceptions.

Hoffmeier also praised Steel’s ability to shake off bad plays and understand how to react the next time he encounters that situation.

“A quarterback’s always got to have the confidence to go out there and make the next throw,” Hoffmeier said. “Bryce does have a little gunslinger in him, and every great quarterback does, so sometimes we just have to corral that a little bit and live to play another day.”

That confidence didn’t always come naturally to Steel, but it’s something he built up in the ongoing process of overcoming the challenges dyslexia presents.

As with any kid that finds out they are different at a young age, Steel struggled in dealing with his new reality. He felt “defeated,” and, at times, not as smart as his peers, despite earning all As in school. His struggle with self-confidence continued after he was held back in third grade as a precautionary measure to ensure he was ready for the more vigorous reading regimen of fourth grade.

“In the process of making the decision to hold him back in third grade, there was a lot of prayer that went into that in helping us discern,” Bryce’s mother Lori Steel said. “I think we made the right decision. I think he would’ve been fine if we wouldn’t have [held him back], but I think it was a good decision.”

Steel participated in extra classes at Pebble Creek Elementary School designed to help him improve his reading abilities and deal with his dyslexia in a classroom setting. He used aids such as audiobooks to help him follow along with the text and help his mind form reading habits. On tests, he used blank paper to cover all the questions except the one he was solving.

“It was really hard to read being so young with dyslexia,” Steel said. “Everything was so mixed up at that time. The classes really helped.”

He also relied on his family, both with academic work and the emotional toll dyslexia had on him. Steel’s parents played a big role in turning around his perception of dyslexia, transforming it from something that afflicted him into something that was part of him. It helped him become more comfortable around others, allowing him to laugh off small mistakes and not let it impact him negatively.

There are still rough days, but between his family’s faith-based support system and a schedule that often has him too busy to do anything but sleep in his free time, Steel continues to deal with every obstacle thrown at him. He plans to play football in college — he recently received a scholarship offer from Sterling College in Kansas — and wants to study accounting and business.

“It’s a lot of hard work keeping up with the schedule and everything I’ve had to deal with, and it’s been a lot of late nights,” Steel said, “but [dyslexia] doesn’t have to hold me back.”