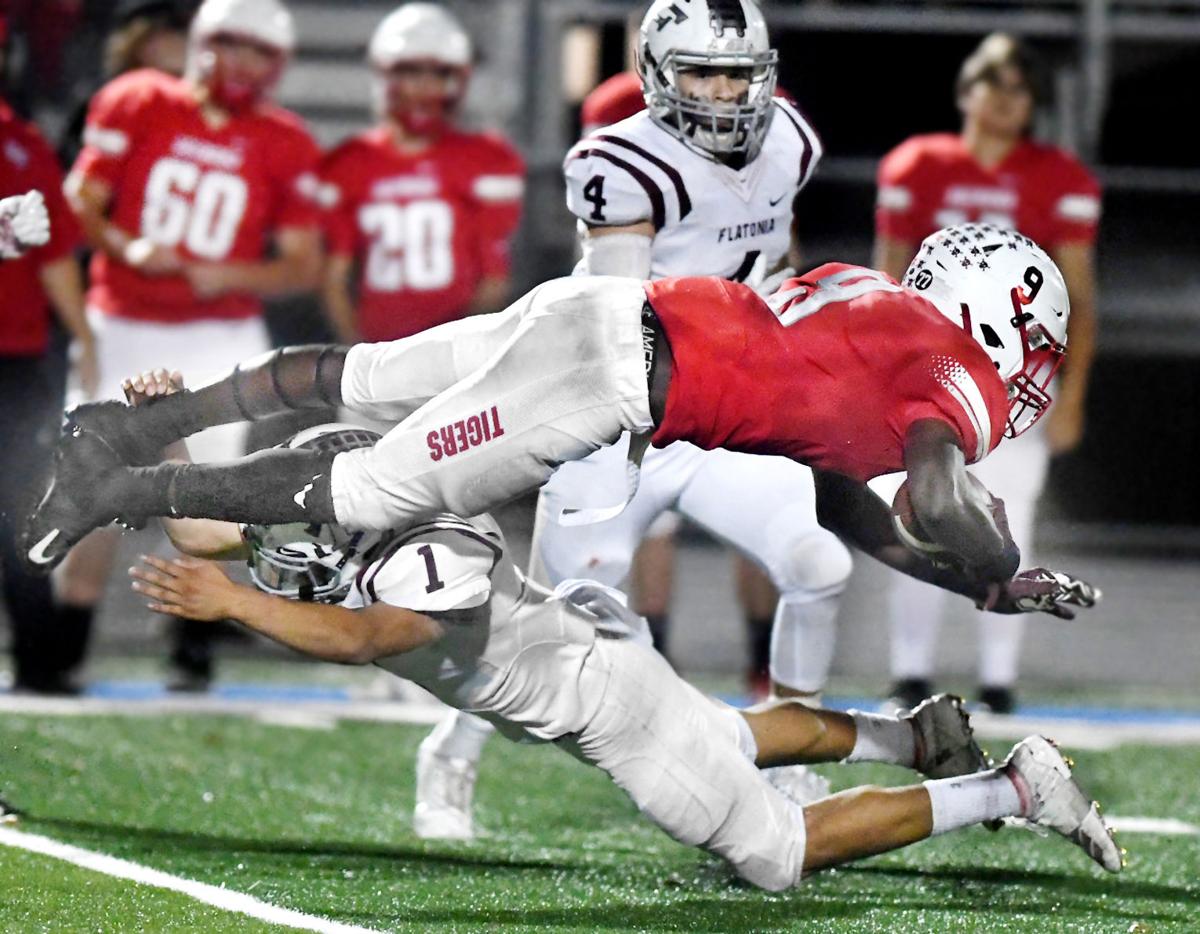 With over 2,000 rushing yards and 30 touchdowns in 2019, it’s easy to be enamored by Falls City senior running back Brady Lyssy.

But Bremond head football coach Jeff Kasowski and his Tigers are focusing on the top-ranked Beavers’ big men up front in preparation for their Class 2A Division II state quarterfinal matchup at 7 p.m. Friday at The Pfield in Pflugerville.

Falls City’s offensive line has paved the way for the Beavers to average 337.6 rushing yards per game and 57 rushing touchdowns.

“They’re just big. It’s hard to combat physics,” Kasowski said. “We’ve got some things up our sleeves that we feel good about that maybe can help combat that, and it wouldn’t hurt if we caught a few breaks defensively with turnovers.”

Bremond struggled to stop the run last week in a 41-35 overtime victory over sixth-ranked Flatonia, which also averaged over 300 rushing yards per game, in the regional round. The Bulldogs rushed for 320 yards against the Tigers, including three touchdown runs of 30 or more yards, but Bremond made stops at key moments and swung the momentum in the third quarter with a fumble recovery.

Now the task gets tougher as Bremond must contend with Lyssy, who is more than just a runner. He also has lined up at quarterback and receiver this season, making the job of defending him a team effort.

But Bremond counters with its own punishing offense led by senior JT Anthony, who rushed for 249 yards and five touchdowns in the Tigers’ win over Flatonia, including the game-winning score. Anthony forms a dynamic duo in the backfield with junior quarterback Seth Kasowski, who is playing well as he continues to improve from a grade 1 PCL sprain he suffered in October. Kasowski completed 16 of 24 passes for 151 yards and ran for a touchdown against Flatonia.

Anthony has rushed for 2,077 yards and 35 touchdowns this season, while Kasowski has 1,419 passing yards, 799 rushing yards and a hand in 27 total touchdowns.

Receiver Dalton Wilganowski missed most of the regular season and Bremond’s bi-district game while recovering from knee surgery for an injury suffered in Week 2, but he hit the ground running in his first two games back. Wilganowski caught seven passes for 137 yards and two TDs in a 56-27 win over Agua Dulce in the area round and had seven catches for 72 yards against Flatonia. He is joined by cousin Hunter Wilganowski, Casey Garrett and Chase Brewer to form a talented receiving corps that complements Bremond’s stellar run game.

“You can’t notice much difference in Dalton now than when we lost him,” Jeff Kasowski said. “Seth’s a little different. He didn’t have surgery and he still ... has some pain there, and that’s limiting between the brace and some pain. But we’re still better off as a team having those guys playing.”

Falls City is holding opponents to 9.3 points per game with five shutouts and has kept teams to eight points or less nine times. The Beavers’ big defensive line presents opponents with a similar challenge as its offensive line, and it’s those matchups in the trenches that Jeff Kasowski believes will decide the game.

“The ticket is going to come down to ... contending with their size,” Jeff Kasowski said. “I feel good about our skill; it will be a matter of finding space to run and throwing the ball a little bit on offense, and on defense keeping them from pushing us off the ball. With everybody healthy now and us coming off a big win over Flatonia, we’re set up as well as we can be to go beat the No. 1 team in the state.”