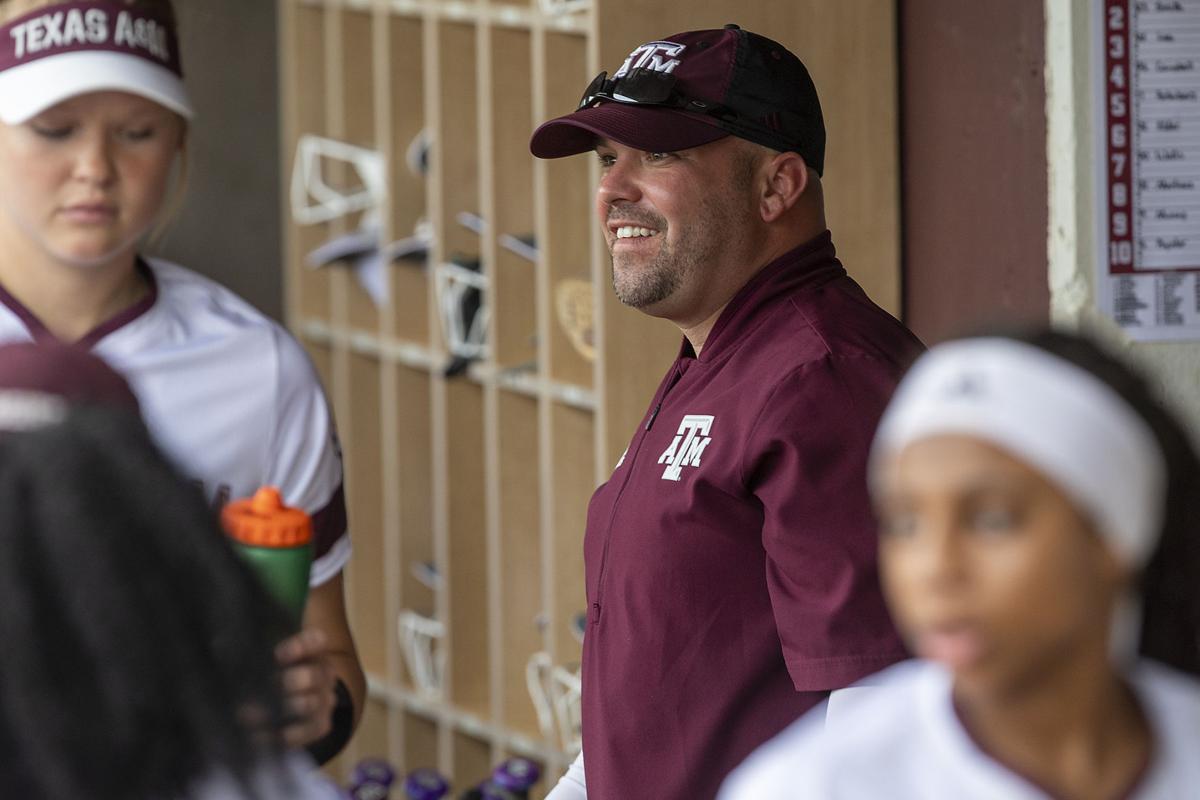 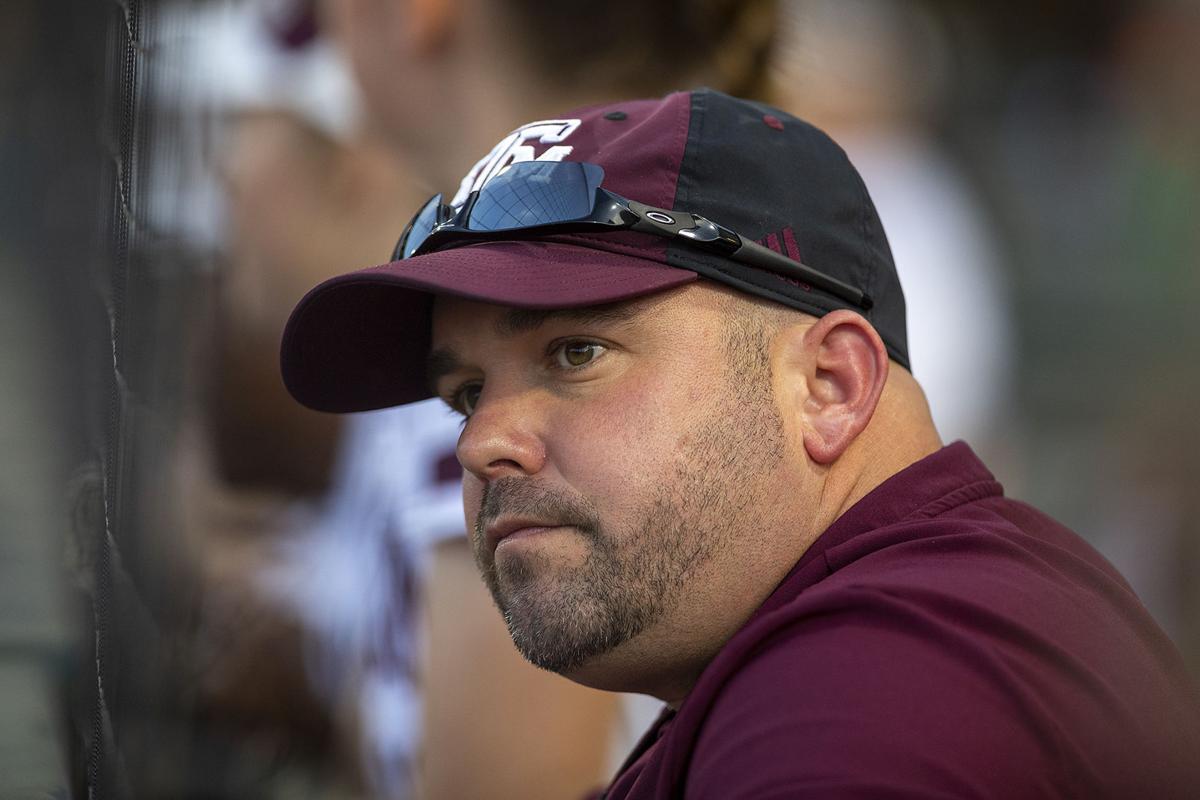 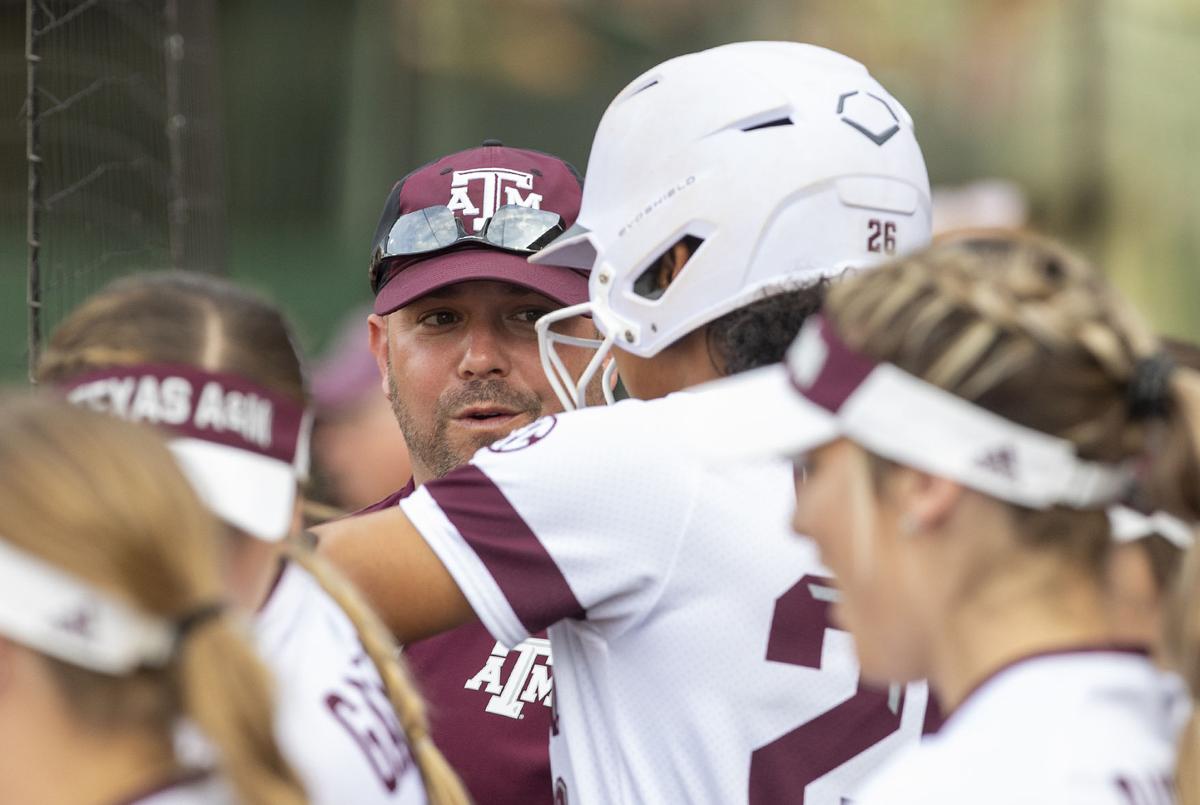 Snider, who spent the last eight seasons at Florida State, put pop into an anemic offense. A year ago, the Aggies batted .273, which ranked ahead of only Florida (.264) in the Southeastern Conference. At least the Gators had 134 extra-base hits; A&M’s 54 doubles, 32 home runs and 218 runs batted in all were league-low marks.

A&M’s lack of power was a big reason the Aggies were 28-27, the worst record since the NCAA started sanctioning the sport in 1982.

Scoring runs shouldn’t be a problem moving forward based on 26 games under Snider before the season was shut down by the coronavirus. A&M hit 51 doubles and 26 homers with underclassmen accounting for 82% of the hits.

“I was really fortunate,” Snider said. “They bought into everything we were teaching, and I was really lucky to come into a situation like that. They were eager to learn, and they worked hard. But it wasn’t much of a mechanical change; it was just a mindset change.”

Sophomores Haley Lee and Morgan Smith and junior Dani Elder combined for 22 extra base hits, exceeding their total for all of last year.

“You gotta really have an idea of what you’re doing at the plate,” Snider said. “And our basic philosophy is we want to get the ball in the air — which is we’re trying to hit doubles, triples and home runs, and if they go out, that’s great. Because in the end, when you face elite pitching, that’s what’s going to win you the ballgame.”

Snider said you’re not going to string together four singles against an elite pitcher. A&M leaned on a small-ball approach last year, averaging 4.4 runs per game. A&M averaged 5.5 runs this year, striving for big hits with a simple approach.

“We’re in a funny time with hitting right now where everything is so technical,” Snider said. “There’s so many measurements, there’s so much data out there, that I think it’s overwhelming for kids. So for our athletes, the first thing they want to think about is mechanics.”

That leads players to believe they don’t hit the ball well because the swing wasn’t technical.

“Well, what pitch did you swing at?” Snider said. “And then you train that.”

Snider preaches when they swing is more important than how they swing.

“If we’re swinging at bad pitches and we have a beautiful swing, it doesn’t matter,” Snider said. “But if we have an average swing and swing at the right pitches, it can still cause damage.”

A&M did plenty of damage in its SEC-opening series at Kentucky, hitting .308 with five doubles and eight homers, including two grand slams.

“Across the board, all of them really have bought into what we’re trying to do,” Snider said. “And I think it was a little struggle at first, because again, you want to go back to mechanics, you want to see it, hit it type of mentality vs. really starting to hunt pitches.

“We feel like we really started to see that in Kentucky. We had really good plate discipline. We made their pitchers throw.”

Snider saw the fight and aggressive mentality he’d been seeking.

“I was real happy at Florida State, obviously, we had a lot of success in winning a national championship, and they took good care of us,” Snider said. “I’d always said, there were two schools I would entertain if they came calling, one of them called up the previous year and offered me to be head coach at Louisville. And then I turned it down.”

Snider, who is from Kentucky, came to A&M because it was a good fit for him and his wife is from Bellville.

“I get to bring my family home and coach in the SEC,” Snider said. “I don’t know why I wouldn’t do this. I started doing some research on the program, the hitters, so I think the future is bright, I really do. So I saw this as a great opportunity not only for my family, but to get A&M softball over in the right direction where it has been in the past.”

A&M’s 6-18 SEC record last season was the worst in league play since the Aggies joined the Big 12 in 1996. Head coach Joe Evans revamped her staff, adding Snider as hitting coach and recruiting coordinator.

“You think about how mental hitting is,” Evans said. “I’m sure Yogi Berra has got tons of quotes about that. I do think that when you’re at the plate and you have a plan, as opposed to thinking about your mechanics, you’re going to be a more effective hitter. I think that our kids are really learning how to have an approach at the plate, how to stick to a plan and how to adjust a plan in-game. I think Coach Snider does that really well.”

Snider said Evans was ready for a change.

“[She] was very open to what we want to do offensively, and it kind of was, ‘Hey, we want to change the philosophy of hitting. You’re my guy and let’s do this,’” Snider said.

“When I flew in for the day, it just felt right,” he said. “The people felt right; the administration felt right, and then obviously, you walk up to Davis Diamond, and that’s above average as well [laughing]. I pinched myself going to Florida State every day, and now I walk into Davis Diamond saying, ‘Holy moly.’”

Snider inherited a roster that included a lot of youth — six true freshmen, a redshirt freshman and six sophomores.

“First of all, just his personality [is big],” Herzog said. “He’s so laid back and has fun with all of us. He doesn’t try to fix your swing every time. You have to ask him, like, ‘Hey, I want you to help me with my swing,’ because he’s not going to change who you are.”

“He’s exactly the same,” Herzog said. “He’s exactly what I expected him to be. A lot of these girls haven’t had something like this in the past. It’s brand new to them, and I think they’re responding to it well.”

“What I have seen is our youngsters are a little further ahead of the curve than what I’ve seen before,” Snider said.

The change of philosophy faced a gut check after back-to-back losses to Sam Houston State and Southeastern Louisiana in late February. The Southland Conference teams outscored A&M 14-3 with the Aggies batting .182 with three extra base hits.

“Those are early season losses you learn from,” Snider said. “Obviously, you don’t want to lose to anybody, but you realize this is a marathon of a season. It’s learning that’s part of the deal.”

Those were horrific losses because A&M had a 52-game winning streak snapped against SHSU and it had never lost to Southeastern Louisiana.

“I’ve been part of some tragic losses at other programs, and that doesn’t have to define your season,” Snider said. “You have to learn from it. And we talked with our hitters about moving forward.”

A&M did that by scoring 48 runs in the next seven games, going 5-2, including winning one of three against 10th-ranked Kentucky.

“It’s really cool to watch because they’re really starting to see the fruits of their labor come to fruition,” Snider said.

Unfortunately, the season was canceled before the Aggies could play another SEC series.