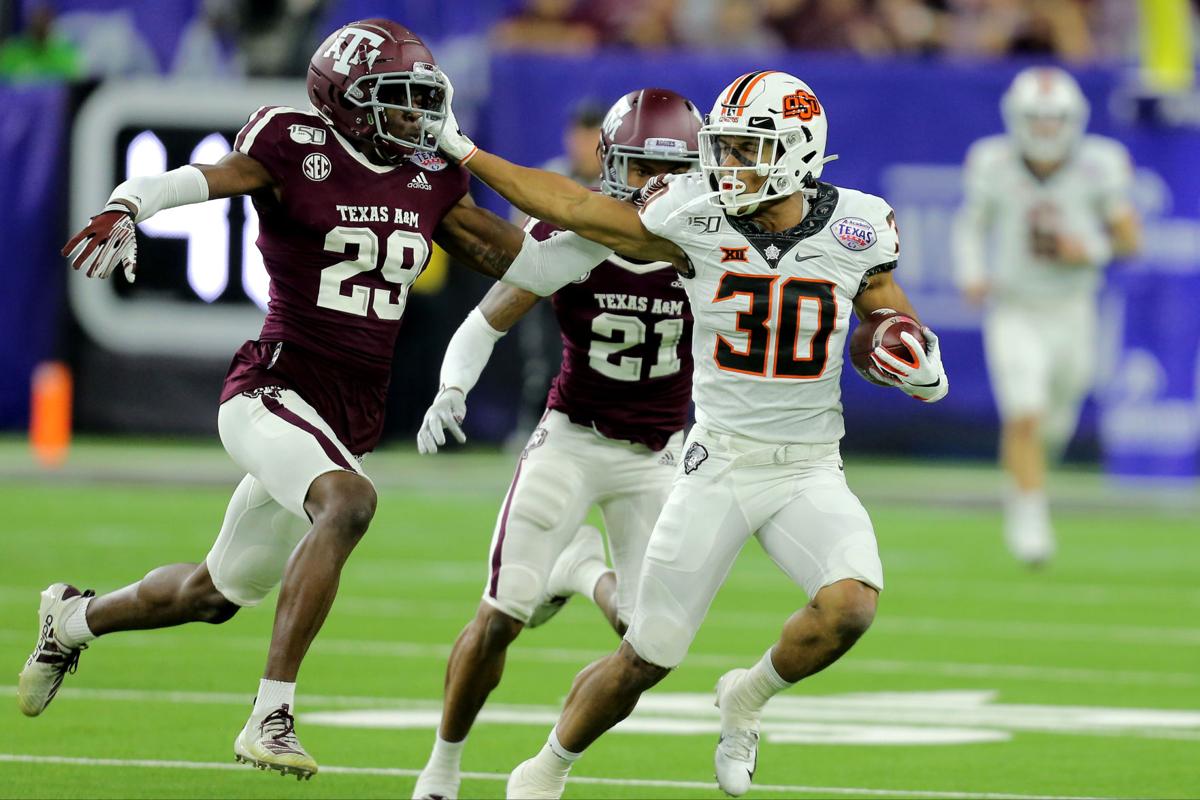 Texas A&M’s depth at wide receiver took another hit Wednesday with junior Kendrick Rogers declaring for the 2020 NFL draft along with junior cornerback Debione Renfro. Both announced their decisions via social media.

Ausbon and true freshman Ainias Smith (22-248) will be the only returning wide receivers with more than 11 receptions, though the Aggies bring back true freshman tight end Jalen Wydermyer (32-447, six TDs) and backups Ryan Renick and Glenn Beal along with true freshman Baylor Cupp, who missed the season with an injury.

Rogers, a three-star recruit from Frankston, had some big games with spectacular catches but lacked consistency and was slowed by injuries. He had seven catches for 120 yards and two touchdowns in a 28-26 loss to Clemson in 2018 and had three catches for 53 yards and two scores in the 74-72 seven-overtime victory over LSU that season, but he had only 11 catches for 119 yards and no touchdowns in the other nine games last season. This season, the 6-foot-4, 204-pounder had six catches for 60 yards against Clemson followed by six catches against Lamar for 83 yards, but he had only 17 catches the rest of the season for 196 yards with two scores and his longest reception was 23 yards. Rogers, who started only 12 games in his career, finished with 68 catches for 786 yards and seven touchdowns.

“This program has helped me grow as a player, as a student and as a man,” Rogers said in his social media post. “I have been so blessed to call Aggieland home and I will forever be thankful for all the memories I made with my teammates.”

Renfro started in five games this season for the Aggies, including the 24-21 victory over Oklahoma State in the Texas Bowl. Renfro, who missed the first two games for disciplinary reasons, had 33 tackles in 11 games with four pass breakups and a fumble recovery. He made 28 career starts, tying him with senior center Colton Prater for fifth on the team. Renfro, a three-star recruit from Pearland, finished his career with 124 tackles and 14 passes broken up.

As the season progressed, Renfro found himself behind junior transfer Elijah Blades and junior Myles Jones, but saw more playing time when Blades injured his shoulder.

The only senior listed on A&M’s depth chart among the 10 secondary players for the Texas Bowl was Charles Oliver at backup nickelback to junior Clifford Chattman.

Renfro is the second defender to declare for the NFL draft, joining defensive tackle Justin Madubuike, who was the first Aggie to announce and missed the bowl game.

“This has been a dream of mine for as long as I can remember and I am ready to begin this journey to the next level,” Renfro tweeted.

The deadline for underclassmen to declare for the April 23-25 NFL draft in Las Vegas is Jan. 17.

“I have so much to learn in order to get better as a player and as a man,” Ausbon said in a Twitter post. “More importantly, my teammates and I have business to finish.”