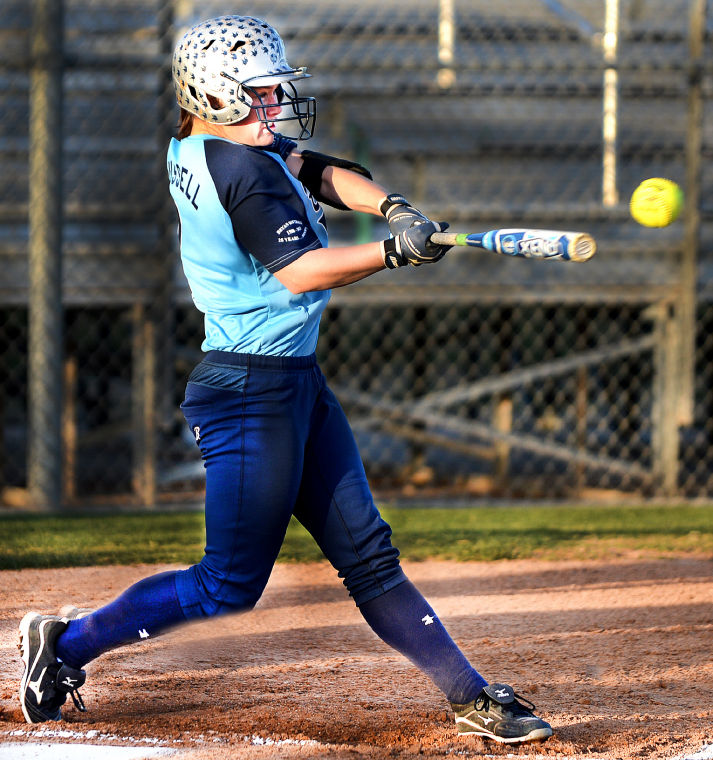 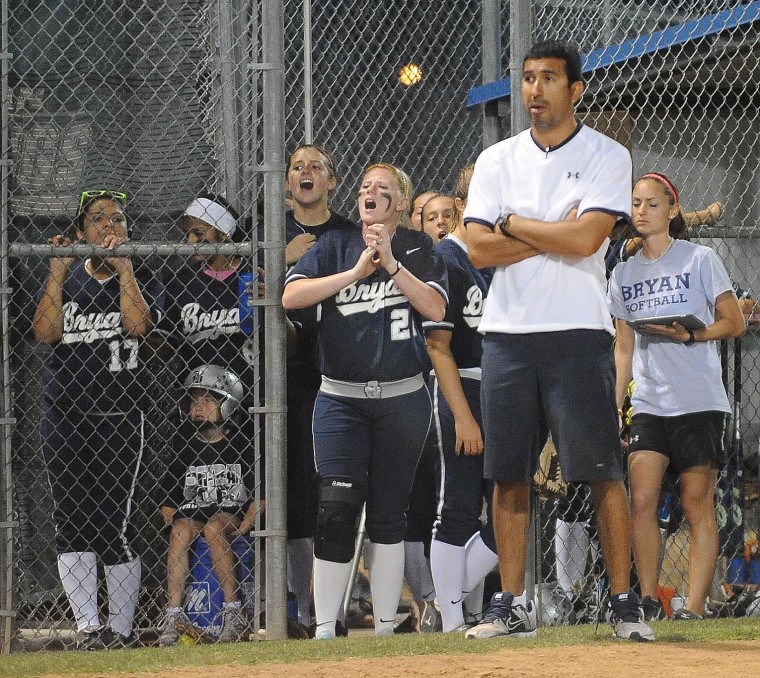 Bryan head softball coach Enrique Luna was named Coach of the Decade on The Eagle's 2010s All-Decade Brazos Valley Softball Team. His Lady Vikings missed the playoffs just once during the decade and averaged almost 24 wins per season. 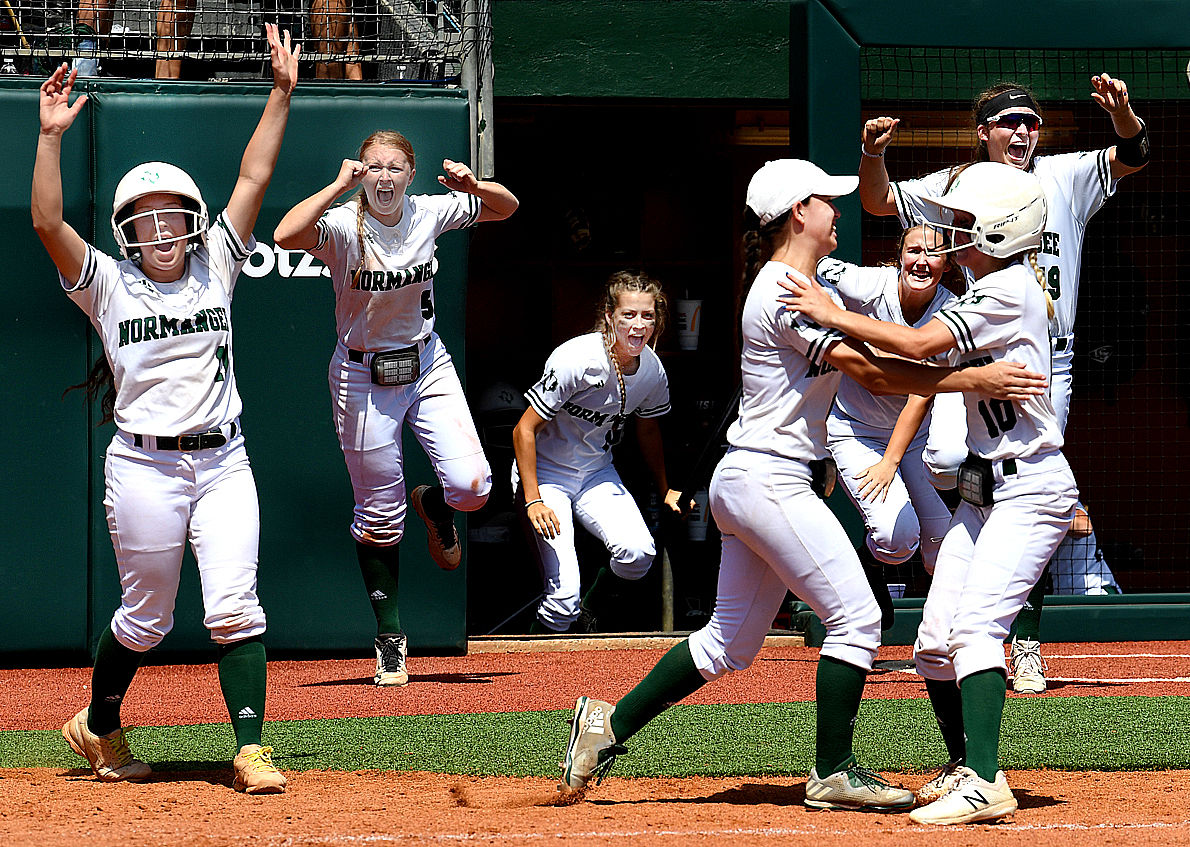 The 2018 Normangee softball team was named Team of the Decade on The Eagle's 2010s All-Decade Brazos Valley Softball Team. The Lady Panthers were the only Brazos Valley team to reach the state tournament during the 2010s, where they came within three outs of claiming the Class 2A state championship.

Bryan head softball coach Enrique Luna was named Coach of the Decade on The Eagle's 2010s All-Decade Brazos Valley Softball Team. His Lady Vikings missed the playoffs just once during the decade and averaged almost 24 wins per season.

The 2018 Normangee softball team was named Team of the Decade on The Eagle's 2010s All-Decade Brazos Valley Softball Team. The Lady Panthers were the only Brazos Valley team to reach the state tournament during the 2010s, where they came within three outs of claiming the Class 2A state championship.

PLAYER OF THE DECADE

Walker, a three-time All-Brazos Valley first-team selection, batted .778 her junior year at Franklin and followed it up with a District 20-3A MVP season in which she hit .662. She went on to a standout career at Baylor, where she holds the school record for career batting average (.406).

Having the unenviable task of following older sister Kayce Walker, who also had a stellar softball career at both Franklin and Baylor, Kyla Walker carved out a name for herself and earns player of the decade honors.

COACH OF THE DECADE

Under Luna, the Lady Vikings were postseason regulars in the decade, missing the playoffs just once.

Bryan went 239-124 (.658) with a 102-33 (.756) mark in district play. Luna led Bryan to a pair of Class 5A regional semifinals in 2011 and ’12 and helped the Lady Vikes get to the regional quarterfinals in ’17. Bryan didn’t post a losing record in the decade. Bryan made the jump back to the top class under the restructured UIL in 2019 and competed well in District 14-6A, making a serious push for the district title before ultimately finishing second.

Luna has the program trending up in 6A as can be seen by Bryan’s 18-5, 4-0 record in 2020 before the season was canceled because of the coronavirus.

TEAM OF THE DECADE

Normangee’s 2018 squad was the only Brazos Valley softball team to reach the state tournament over the last decade, finishing the season 31-5.

The Lady Panthers came short of hoisting the 2A state championship, however, falling to Bells in the title game, 9-5. Normangee was three outs from claiming the championship, but Bells scored five runs in the top of the seventh inning to reclaim the lead. Normangee rallied to reach the title game, scoring four runs in the bottom of the seventh inning to top Woden in the semifinals, 6-5. Four Lady Panthers made the 2A all-state tournament team

Up until the championship game, Normangee hadn’t lost in the playoffs. Nonetheless, it was a historic season for the Lady Panthers, who made their first state tournament appearance in school history.

Hudson’s senior season was cut short due to the pandemic, but she leaves as the Lady Cougars’ most decorated player in school history. Hudson won 18-5A MVP honors as a sophomore in 2018 and was named 18-5A pitcher of the year in 2019. She will continue her softball career at Houston next year.

A three-time All-Brazos Valley selection, Kauder was the Lady Hornets’ ace in the circle for three seasons. She played one season at Sam Houston State before suffering a season-ending injury two games into her sophomore year in 2018.

Lewis was a two-time All-Brazos Valley selection in the circle and was named 27-2A pitcher of the year as a junior and senior. Lewis signed with Kilgore College.

A two-time All-Brazos Valley selection, Boenker signed to play at Texas A&M and was a key contributor all four years for the Aggies. Boenker’s A&M career came to a close at the Women’s College World Series in 2017, the Aggies’ first appearance since 2008.

Named the TSWA Class 2A softball player of the year in 2018, Harris was a key cog in the Lady Panthers’ lineup. She was a two-time 26-2A offensive player of the year, batting .722 as a senior. Harris now plays outfield at Mary Hardin-Baylor.

Spivey was a key offensive piece for the Cubettes during her high school tenure. Spivey started her college career at Blinn, earning third team NFCA All-America honors, and finished at Abilene Christian.

Russell was a multi-year letterwinner for the Lady Vikings. Not only was Russell strong at the plate and on defense, but she was a force on the basepaths as well. At A&M, Russell started in 211 career games and was named to the SEC’s All-Defensive team in 2018.

Kraatz was a four-year starter for the Lady Vikings. As a junior, she was first team coaches’ all-state and was named team co-MVP as a senior. Kraatz set school records for career doubles (27), single-season runs (51) and triples (12).

Bettiol was a NFCA All-American, all-state selection and 12-5A player of the year for the Lady Tigers. In college, Bettiol began her career at Nebraska and was an All-Big Ten selection as a sophomore, but transferred to Texas Tech and spent her final two seasons with the Red Raiders.

Teran was a three-time district MVP and helped lead the Lady Panthers to the state tournament with a powerful bat, defense in the outfield and even emerged as a strong pitcher. She played for Bellevue (Neb.) University as a freshman but transferred to Southwestern Assemblies of God in Waxahachie.

Burnett moved to Brenham from Katy after her sophomore year and was strong at the plate. As a junior, she hit .429 and had seven game-winning hits. As a senior, she improved her average to .509 and only struck out twice. In college, Burnett began her career at Pittsburgh, but transferred to Lamar and then to Houston Baptist.

Drake helped the Lady Bulldogs at catcher and first base during her high school tenure. As a junior, Drake drove in 73 runs. Drake played at Mary Hardin-Baylor in college and earned second team all-conference honors as a junior and senior.

Diserens was a leader in the circle for the Bulldogs, leading them to their longest playoff run – the Class A regional finals – in school history as a sophomore in 2012.

There’s still time for Adams to improve her high school resume, but she’s been a key piece to the Lady Vikings the past two seasons. As a sophomore in 2019, she was not only named 14-6A pitcher of the year, but hit a single-season school record 13 home runs.

Coronado was Somerville’s ace. She was named 27-A pitcher of the year as a junior and led Somerville to a pair of regional quarterfinal appearances.

Clayton was a power bat in the Lady Hornets’ order and a mainstay behind the plate, leading Caldwell to the 4A Region III final as a senior in 2016. Clayton went on to play at Abilene Christian and became the Wildcats’ starting catcher as a junior.

Coleman’s success at A&M Consolidated is only just begun, but she’s already proven to be an integral piece to the Lady Tigers’ lineup. Coleman was the 19-5A newcomer of the year as a freshman in 2019, hitting a Brazos Valley- leading 15 home runs.

Carreon’s career with the Lady Cougars was cut short, but her impact was felt in the field and at the plate for three seasons. Carreon has signed to continue playing softball at Texas-Arlington.

Telg was a mainstay for the Lady Hornets all four years of her high school career. She was named 26-4A offensive MVP as a senior. Telg now plays at Sam Houston State and started in 11 games as a freshman.

Light was a key member of the Lady Panthers’ state finalist team in 2018. She was a three-time first team all-district selection.

Chavarria anchored the Lady Vikings in center field and batted .486 as a senior. In college, Chavarria played at Lamar State College-Port Arthur and Texas A&M-International.

From her freshman year, McCarver was an impactful player for Franklin. She contributed in the outfield early and became a key pitcher for the Lady Lions as an upperclassman. In college, McCarver played one season at Houston.

Albus was an immediate star for the Cubettes, helping Brenham reach the state tournament as a freshman. She later was a three-time NFCA All-American and was 18-4A MVP as a sophomore and junior. Albus continued her softball career at A&M, where she was a mainstay in the outfield, helping the Aggies to a pair of Super Regional appearances.

Ashley was 18-5A offensive MVP as a senior, hitting .458 with six home runs. Ashley signed with Louisiana, and started in 26 games in right field as a sophomore.

Francis came onto the scene quick for the Lady Cougars, hitting .500 as a freshman and was named 18-3A offensive MVP. She kept pace at the plate throughout the rest of her high school days. Francis now plays catcher at Southwestern.

Kyla Walker is ready to turn the page to the next chapter of her life, but she still has one accolade left to receive in an illustrious softba…