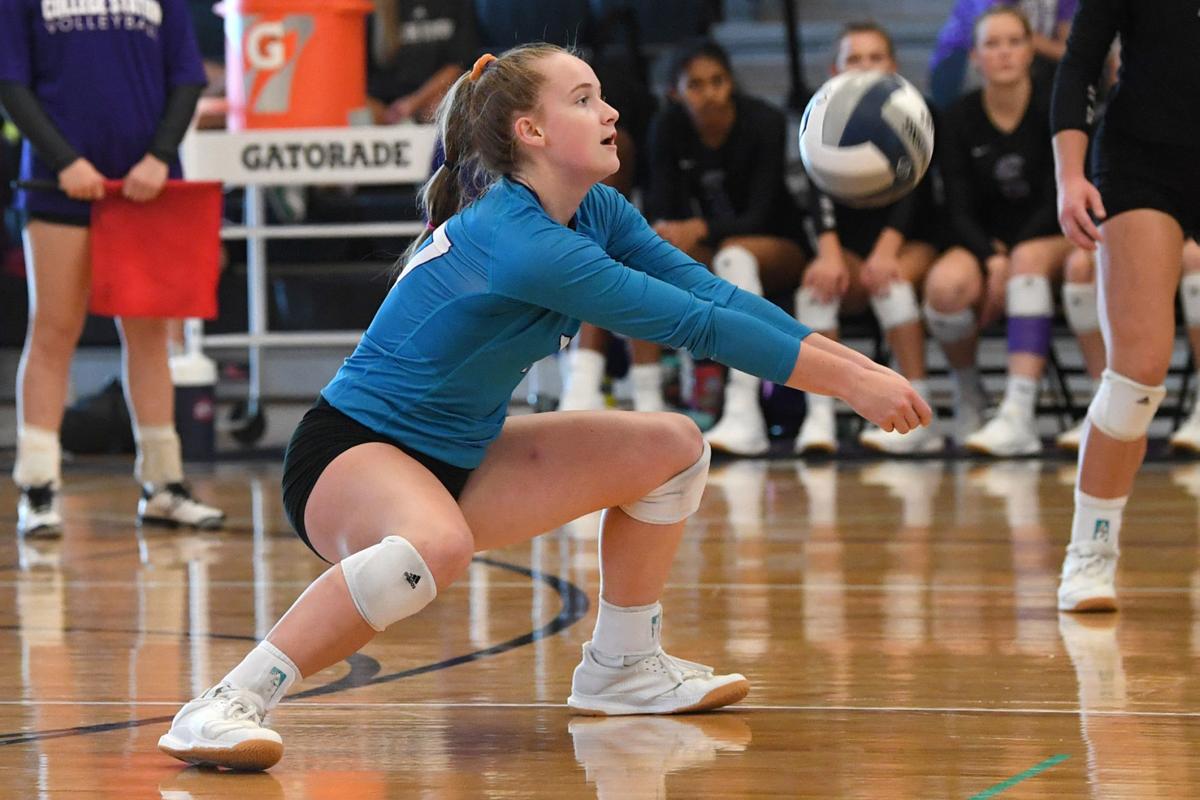 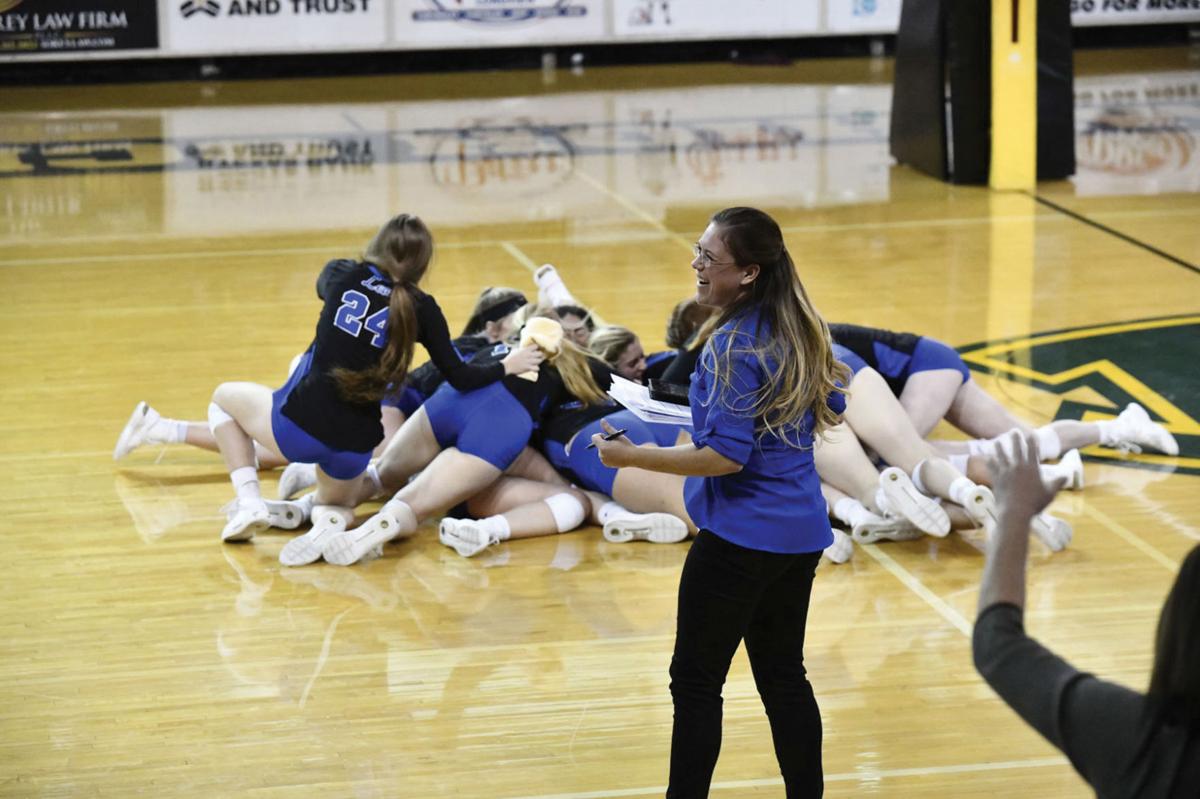 It was a busy season for volleyball teams in the Brazos Valley with 17 teams making the playoffs and three making the trip to Garland for the UIL state tournament.

The quality volleyball played in the area this season made it difficult for The Eagle’s sports staff to pick the top performers for the 2019 All-Brazos Valley volleyball team.

Leon got the furthest of any Brazos Valley team for the second year in a row, falling to Crawford in the Class 2A state championship match, and has some familiar faces on the All-Brazos Valley team with Caroline Richmond moving from the third team to first team and Tara Goolsby jumping from third team to join repeat pick Sarah Grace Merry on the second team. Jessica Turner was named Coach of the Year for her efforts in leading the Lady Cougars to the cusp of a state title, a 43-6 overall record and a co-District 22-2A championship.

Lexington and Burton also made state tournament appearances, with the Lady Eagles falling to Van Alstyne in the 3A semifinals and the Lady Panthers losing to Crawford in the 2A semis.

Lexington’s Shelby Ray is a repeat pick on the first team, as is Burton’s Kyndal Coufal, whose teammate, Alex Countouriotis, returns to the third team.

Iola and Caldwell reached their respective regional finals as the Lady Bulldogs fell to district rival Leon in the 2A Region III final with the 3-2 result splitting the 1-1 tie in 22-2A play and sending Leon to the the state tournament. The Lady Hornets fell just shy of the state tournament in a 4A Region IV final loss to Navarro. Caldwell is represented by a trio of second-teamers in Marley Maurer, Elizabeth See and Kennedy Cavin, while Iola has Tatum Nevill on the first team and Cadence Hoyle on the second team.

Bremond went undefeated in 16-2A, reaching the Region II semifinals, and is represented by Lyndsie McBride on the third team.

College Station was the class of 19-5A, running undefeated through the district, and placed Kate Georgiades on the first team and Brielle Warren on the second team. Brenham features a pair of third-teamers in Brooke Bentke and Abby Clayton, and A&M Consolidated is represented by second-teamer Maddie McKinney.

Rudder missed the playoffs for the third straight year, but the young Lady Rangers made strides in district play with the help of Asani McGee and Gracie Menchaca, who both made the third team. Bryan, which made the playoffs for the second straight season since moving up to 6A, has two players on the first team with returning selection Coco Gillett and Megan Vaughan, who moves up from last year’s second team.

EDITOR’S NOTE — The All-Brazos Valley Team, selected by the sports staff of The Bryan-College Station Eagle, represents the best of the best in area volleyball play during the 2019 season.

The Lady Panthers’ senior outside hitter returns to the first team and controls Burton’s stat sheet with 612 kills, 620 digs, 95 blocks, 48 aces and 18 assists.

The 14-6A MVP and three-time All-BV selection made the most of her final year with the Lady Vikings and had 688 kills, 44 total blocks, 40 aces and a .236 hitting percentage. She was named Bryan’s team MVP, All Texas TAVC 6A Team and All GHVCA 6A Team.

Nevill never saw the bench in any of the Lady Bulldogs’ games and helped lead them to the semifinals. The District 22-2A co-MVP had 537 kills, a .335 hitting percentage and a 95.6 serving percentage.

Vaughan moves up from the 2018 All-Brazos Valley second team with 1,000 assists, 218 digs and 143 kills. She was also named Region II District 14 setter of the year for the second straight year.

Coach of the Year

Turner takes Coach of the Year after leading her team to the Class 2A-I state championship and a 43-6 overall record.

The Lady Bulldogs’ junior outside hitter finished the season leading the team in aces (92) and hitting percentage (.345), while also racking up 405 kills and a 93.7 serving percentage.

See helped Caldwell on the net with 432 kills, 121 total blocks and a .404 hitting percentage to earn first-team all-district recognition.

The Lady Cougars’ senior middle blocker and 22-2A defensive MVP closed out her senior season with 404 kills, 314 digs, 67 blocks and 77 aces and was named to the UIL state all-tournament team.

The senior directed Caldwell’s offense with 1,313 assists, 198 digs, 33 total blocks and 44 aces and shared District 26-4A setter of the year honors.

The District 19-5A defensive MVP led the Lady Tigers with 641 digs and 33 aces, helping them reach the playoffs in a year of transition.

Bentke made her presence known in her first year with Brenham after compiling 395 kills, 33 blocks, 60 aces and 369 digs. She was also named to the 19-5A first team all-district.

Warren helped lead the Lady Cougars to a 14-0 district record and an area round appearance with 347 kills, 46 total blocks and 61 digs.

McGee had 355 kills on a .178 hitting percentage and broke a school record with 105 blocks, earning all-district first-team honors in 19-5A.

Countouriotis racked up 1,123 assists, 80 kills and 72 blocks in the Lady Panthers’ road to the state semifinals and a 34-16 record.

Menchaca recorded 622 digs and 692 serve receptions and broke the Lady Rangers’ single-season record for aces with 87.